Applied linguist Tamás Péter Szabó arrived to Finland about a decade ago. Now he works as a Senior Lecturer and Adjunct Professor at the University of Jyväskylä. It hasn’t always been easy to work in the Finnish academia, he says. In the Science Forum Szabó is participating in the panel discussion How is it to begin a research career in Finland as a foreigner?

– It was the usual story. When I first moved to Finland with my wife, we had this phase, when we felt everything was fantastic. After that came the disappointments and finally adaptation. I think it’s like that for most people who move abroad, Tamás Péter Szabó says.

Szabó had to get used to Finland but also the Finnish academia. He has shared many of the hurdles that his Finnish colleagues share – the uncertainty of funding and the vulnerability that comes with it. Some problems are unique to foreign scholars, though.

– I’m fortunate enough to be an EU citizen. When my funding periods approached their end, I didn’t have to worry about visas and having to leave the country like non-EU or non-EEA citizens. I was also lucky to always receive continuation funding. 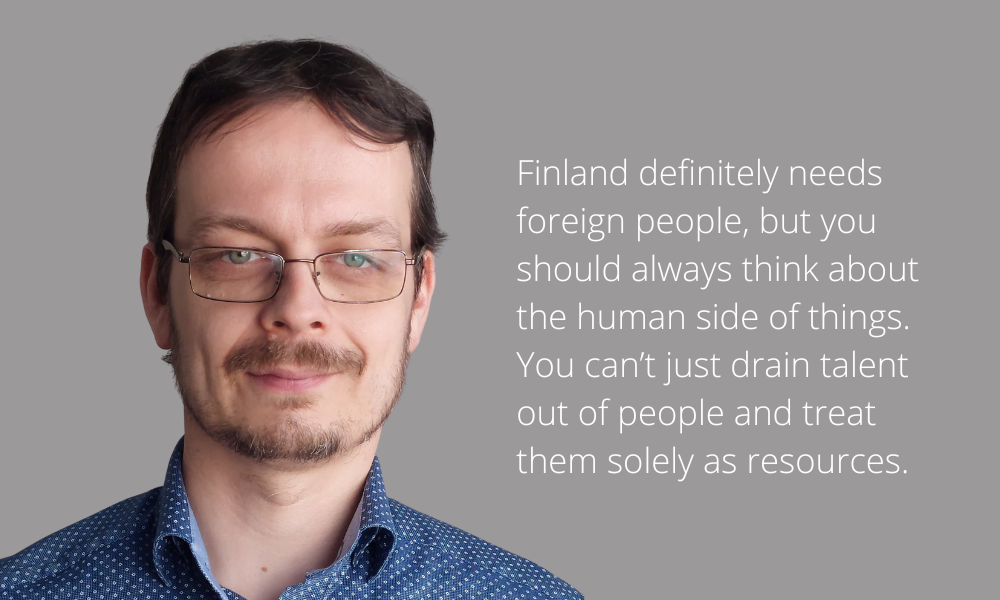 A bit before Szabó defended his doctoral thesis, he met Finnish Senior Researcher Petteri Laihonen for the first time. Laihonen was working in Hungary at the time and was the other opponent of Szabó’s doctoral thesis.

– Petteri invited me to Finland for the first time and has been of great help to me since then. It’s important to find people who can offer help and support.

After getting his PhD, Szabó travelled a lot and visited conferences in many countries. He ended up at a conference in Jyväskylä a decade ago.

– In Jyväskylä, I met people who were genuinely interested in the same things that I was interested in. The scientific discourse had always been a bit different in Hungary, and I had felt that my work was a bit marginal there.

In 2013, Szabó was invited to a research project that was funded by the Academy of Finland. He soon received a Marie Skłodowska-Curie Fellowship and also a personal grant from Kone Foundation.

After these research periods, he got funding from the Society of Swedish Literature in Finland, and he was invited to work for his current department on the curriculum of a new study specialization.

The language was a big frustration for Szabó in the beginning.

– I was made to sit in meetings that were in Finnish and I couldn’t understand a thing. I was told that we’d speak English when we’d get to an issue that concerned me. I was annoyed to be told what things concerned me and what didn’t.

At the time, Szabó was living at Jyväskylä’s student village. He ended up learning Finnish in a rather Finnish way – by going to the sauna.

– I went to the sauna often and talked to people there. When I made a mistake, we could laugh about it together and it wasn’t stressful. After about a year and a half I was confident enough to work in Finnish.

Now he works and teaches in Finnish. He even supervises master’s theses and doctoral dissertations in Finnish.

International scholars are people, too

You often hear politicians speaking that Finland needs more international talents. How does Szabó feel about those ideas?

– Yes, Finland definitely needs foreign people, but you should always think about the human side of things. You can’t just drain talent out of people and treat them solely as resources. You should think about what people bring to their communities with their personalities.

Everyone, who moves to a new country, needs support. They need to get adjusted to a new working environment but also find their place in their local communities. They need help with the language and the culture, for example.

Szabó now also has a five-year-old daughter who’s been born and raised in Jyväskylä.

– For our family, it has taken a lot of time to build a network in Jyväskylä, so we wouldn’t be too eager to move to another town or another country. We like it here.

Tamás Péter Szabó is participating in the panel discussion How is it to begin a research career in Finland as a foreigner? on Friday 13th of January 2023. All of the panel discussions and lectures held in English can be found from our English Program page.